Put batteries in the clicker, fill the mini-fridge, and crank up the multiple TVs…at least early in the day before the NFL puts out their garbage product.

(Mike) The NFL sucks and you shouldn’t watch it over college basketball for any reason whatsoever. Don’t do it. Watch these games, bet along with us (legally or….well, semi-legally) and debate whether people actually say “clicker” or not anymore (they don’t).

A smorgasbord of intriguing college hoops matchups is on tap, and we’re here to provide analysis and to probably pick games incorrectly.

Oh, and these are probably the two best teams in the A10.

Mike: I would have agreed with the “probably the two best teams in the A10” point until UD decided to drop 106 on VCU tonight. Add that to UD’s win over the Bonnies earlier this year and you have…yeah, a team that is wildly inconsistent. The problem now is that the A10 is a one bid league. That bid is URI’s at the moment, but I think the Bonnies are the better team. I’ll take the Bonnies +7 for the beer bet in this one.

Nate:  That win at Syracuse by the Bonnies doesn’t look as good as it did a few weeks ago.  Meanwhile, URI has won their first four A10 games by an average of 15 points.  I’m not picking against a team with a guy that runs 6’8, 275 (Andre Berry).  Rams -7

Reason to Watch:  Top to bottom, Michigan State has the best starting five in the country.  Of course, Miles Bridges is a stud, but the development of Langford and Winston has propelled them to a 16-2 start.

And if you don’t care about that stellar hoops analysis, you may get to see Moritz Wagner cry like a baby for 40 minutes.  He’s probably in the Top 5 most douschy players in college hoops with Grayson Allen (obviously), Svi Mykhailiuk, that Haarms kid from Purdue, and some guy from Duke West that I haven’t watched yet.

Mike: I would like to object to the “Turdue” reference below. Purdue is very good and their game against Michigan was a lot of fun until the #refshow in the last 1:30. Totally agree with Nate here. One of these teams is a final four candidate. The other is Michigan. Sparty -9.5.

Nate:  Perhaps Sparty was looking ahead a bit when they struggled with Rutgers this week.  Michigan is coming off a heartbreaking loss at home to Turdue.  Sets up for a blowout.  Izzos -9.5

Reason to Watch:  The Big 12 is a gauntlet, and TCU is finding that out the hard way.  The Frogs have lost their three conference games by a total of six points.  Trae Young and the boys rebounded with a good win over Texas Tech after getting slapped around in Morgantown last weekend.

This is an early rematch of a classic in Fort Worth two weeks ago that the Sooners stole 90-89, behind 39 from Young.

Mike: I’m not sure how good the Big 12 actually is. That league has a bunch of teams that are at least mediocre but I, for one, am having a hard time distinguishing good from bad. WVU (as much as I hate it) is good. The rest of these teams…I just don’t know. Trae Young is the truth, though. Give me Trae -6 against what I consider to be a wildly overrated TCU squad.

Nate:  I’m going to go against Trae Young for the first time this year, and it’s probably going to bite me in the ass.  TCU is a very good basketball team, and may win this outright.  Frogs +6.

Huggy Bear has his team at #2 in the country but gets back a guy who wears a shirt.  Uh oh. (Justin Aller / Getty Images)

Reason to Watch:  Just look at those rankings.  The Mountaineers have won 15 straight, and will have Esa Ahmad (11.3 PPG in 2016-17) in the lineup for the first time this year.

Mike: “Huggy Bear.” Please. That man is a scumbag who has spent a lifetime glorifying himself at the expense of the unpaid labor he relies on. Not that he’s alone in that regard. Despite this hatred of the man and my innate distrust of all things WVU (I always seem to buy in to them right before they fall apart), I’m taking WVU + 4.5. I was very impressed by that Oklahoma game.

Nate:  This spread seems just about right.  WVU might be really, really good, but I’m not sure how Ahmad’s return to the lineup is going to affect them.  If forced, I probably take the Red Raiders, but I’ll pass here.

Reason to Watch:  Two Top-20 offenses means points, points and more points.  Can Xavier rebound after getting run by Villanova?

Mike: Xavier is 15-3. That’s good! Xavier last lost its last two games. That’s bad! Creighton has only lost 3 games all year. That’s good! All of those losses were against ranked teams. That’s bad (in context)! This is a great matchup. I lean pretty hard toward Creighton, but I’ve had a couple of drinks and it doesn’t take a hell of a lot to make me dislike Xavier. I’ll pass, but if I had a couple more drinks and was in Vegas…I’d be putting a decent sum on Creighton.

Nate:  There is something incredibly fishy about this spread.  Vegas is saying that Creighton would be favored on a neutral court.  I wouldn’t touch this with Mike’s money.

This guy is ALL IN.  There are so many good things about this picture.

Reason to Watch:  To see if Miami can get revenge for the whooping that Clemson put on the Canes in the ACC Championship six weeks ago.  Maybe the basketball team breaks out a turnover chain too…

Mike: Nate teased this but we need to explore it more. That picture has a LOT going on. That dude has some seriously tiny nipples. He also has a tattoo of a turnover chain that almost touches his tattoo of a broken heart. Given the relative size of the two tattoos, this tiny-nipped man apparently likes this Miami football team more than he was hurt by whoever caused him to get the broken heart tattoo. He also has a “DYNASTY” tattoo which can only refer to…hell I don’t know. That man isn’t nearly old enough to have gotten that tattoo when Miami was actually a dynasty. Could he be referring to Miami’s baseball dynasty of..well..ok he’s too young for that, too. If the guy is going to have a “Miami Dade” tattoo, that should be front and center. All of this other stuff may change, but if you’re going to rep your neighborhood, you should probably do that first.

Anyway, I have no idea who’s winning this game. I just wanted to break down that man’s tattoos and his microscopic nips.

Nate:  This screams UNC blowout.  But I think Farrell plays.  If Farrell plays, the Irish have a chance.  Reluctantly, I’ll take the points.  ND +5.

One response to “Keep the Afternoon (and Morning) Free – Saturday Picks” 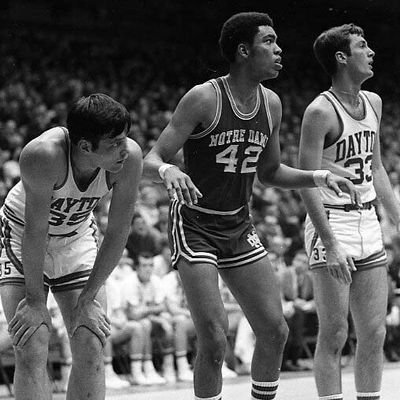